Today (18th November) is exactly one year since I first started my wildlife blog. So far it’s been very enjoyable and I’ve managed to show people what I like doing best, share all my sightings, give people advice and much more!
Over the last year I’ve had lots of different people viewing my blog and leaving comments like the wildlife TV presenters Chris Packham and Mike Dilger. As well as being contacted by the BBC WM radio presenter, Adrian Goldberg and BBC Autumnwatch because of the things that I posted about. On the radio I was talking about how to look after garden wildlife in hot conditions which had featured on my blog and on BBC Autumnwatch some of my badger footage was shown on the program which was found on my blog too! My blog has also appeared in my local newspaper, websites and magazines.
So far I’ve done blog posts about all manner of things from footage I’ve captured on my trail camera to a visit to Kate MacRae’s patch.
I hope the next year is just as good and better! 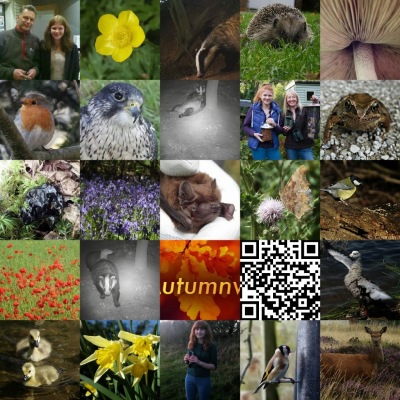