Now 2014 has begun I looked back and realized how much of a good year 2013 was. So I thought I would do a blog post going through each month and tell the best highlights of what I saw, photographed, filmed, featured in and much more!

Well the year mainly started with going on walks with my camera and getting some good photos. On these walks I managed to get lots of good fungi photos and one even featured in my local newspaper. I also took a few trips to one of my local parks where I photographed and hand fed the very friendly grey squirrels! January didn’t stop there though as lots of snow fell in my area and I took the chance of getting some of my first snow photos with my new camera which I got for Christmas. Here are some photos I took.

The friendly squirrels at one of my local parks. 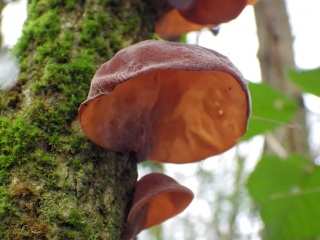 I took this photo whilst out walking and it featured in my local news paper. 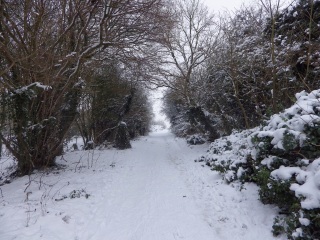 Some photos from when snow fell in the Lichfield area.

As the Snowdrops were just coming into flower I went to my local church yard with my camera as I was pretty sure there would be lots about to photograph. I also managed to get a few photos of crocuses and daffodils which were just coming into flower. This was one of the first times I had properly had a look around here and it wasn’t the last either as I found it was teeming with a lots of wildlife.
I also went on a shorter more local walk later in the month to see what I could photograph with my bigger camera. On this day there was a few lambs around too and I managed to get some lovely photos of some local wildlife. Here are some of the photos I took. 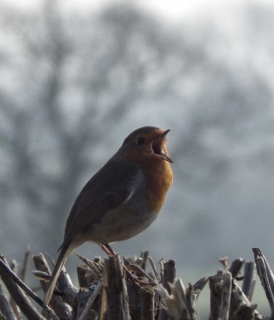 At the start of this month I took a visit to Derby city centre to see the Peregrine Falcons that live in the Cathedral. When I first arrived there was no sign but after walking around for a bit and checking the live cameras on their website on my phone, one was at the cathedral. When we went back we spotted it and then another one turned up. This was the first time I had properly seen a Peregrine Falcon so it was a massive highlight from last year as they are my favorite bird.
I also met Chris Packham for the second time as he did a local talk in Lichfield and afterwards I got a red squirrel photo taken by him which he signed and I had my photo taken with him. 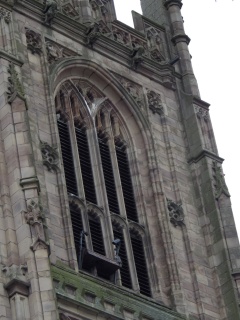 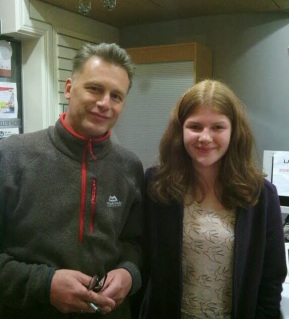 This month I created something new to show people all the photography and filming I do and what I do. This was a Facebook page, on my new page I showed a different audience the stuff I do. I am almost up to 200 likes now and you can see my page here – https://www.facebook.com/GeorgiaLocockPhotography
This was the month I finally managed to get some daffodil photos too as they were in flower and Spring was almost underway. Here are some of the photos I took. 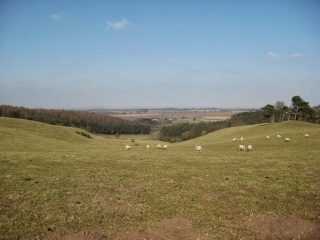 At the start of the month I visited a popular Derbyshire dale, Dovedale. Here I managed to take some photos of the river Dove, these were the first of this type of photo that I had ever taken.
As Spring was underway bluebells were everywhere and this was a good reason to visit my local bluebell woods for the first time. The woods are owned by the National Trust and located in Yoxall. It was a very enjoyable trip and I managed to get lots of photos. Here are some photos which I took this month.

June was a great month to get out with my camera as the weather was lovely and the sun was shining. It started off with a trip to The Wolseley Centre where I photographed some buttercups and a pair of Canadian Geese with 24 goslings! I then managed to film a great-spotted woodpecker and nuthatch nest at a location on Cannock Chase which was the first time I had ever filmed properly with my camera.
Then on the 9th of June I invested in my very first trail camera which was one of the best things I had ever brought! As soon as I brought it I set it up at a local badgers sett and I managed to record a badger! Unfortunately the settings weren’t set right but I set my camera up at the same location the week after and I got some more footage, however again the settings were wrong but I managed to get some good photos! I did return again that month though and finally got the footage I wanted and the settings were right! With my new trail camera I also managed to film Hedgehogs in my own garden and a wood mouse in my Nans garden which was all very exciting!
At the end of the action packed month I visited a local Marina, Barton Marina as I had heard about a rare goose being there. In the end I found out it had escaped from captivity but I did manage to get some good photos!

This photo also featured in my local paper. 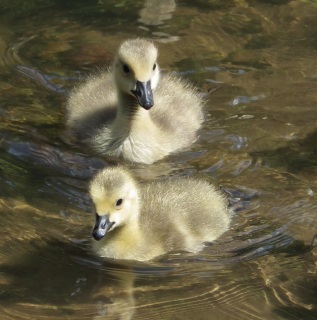 Here’s another photo which featured in my local paper.

July was also a very good month and not just with what I had spotted and recorded. I was contacted by a radio station asking if I would talk on the radio about how people can look after garden wildlife in the hot conditions as I had done a blog post about it.
In July I focused a lot on the wildlife in my area for example a stretch of canal which isn’t far from my house and a local pool in the Lichfield town centre.
You can hear me talking on the radio by following this link – http://georgiaswildlifewatch.blogspot.co.uk/2013/07/talking-on-radio.html

August was quite a quiet month, I visited some of my local patches and went on holiday too. One thing which I was quite pleased with was a photo of a comma butterfly which I took at The Wolseley Centre. Here are some of the photos that I took. 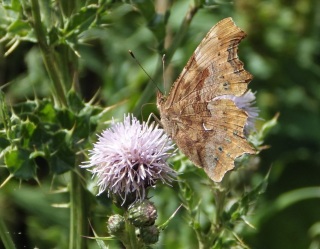 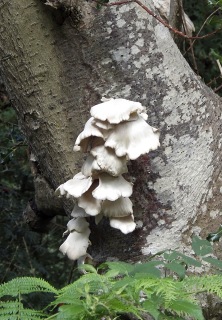 This was quite a busy month as I got out and about lots. It started by putting my photography skills to the test and doing some sunset photos for the first time, these were of Lichfield Cathedral. I also got involved in some protesting against HS2. This was a protest walk against HS2, it was 10 miles long and it followed the route where it would go in that area. I managed to get some nice photos of the area and a reporter from BBC Midlands today also turned up to see what it was all about. 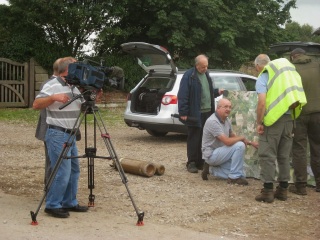 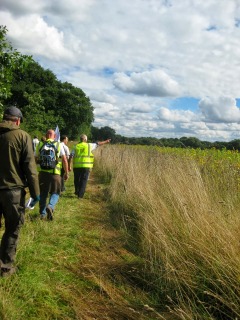 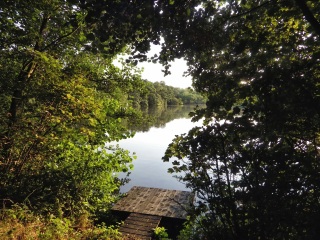 At the start of the month I decided to get out with my trail camera again and get some more badger action. This time I had all my settings right and I got some extremely interesting and funny behavior. Altogether I got about an hours worth of footage; looking through it was fun. When I put it onto my blog and shared it with other like minded people they also found it extremely interesting and funny. Due to this different clips and stills have featured on BBC Autumnwatch, in my local newspaper and many different things to do with the Wildlife Trust and their Junior group which was brilliant!
This month I was also invited out with the East Staffordshire bat group as they did some surveying. This was the first time I had done anything like this and it was extremely interesting. I managed to get some good photos, learn some new facts and have a superb time! Here are some of the photos I took and some of my footage.

A photo from when I went out walking in Derbyshire.
The footage which appeared on BBC Autumnwatch.

This month started very well as my footage appeared on BBC Autumnwatch Unsprung. A few hours before it was shown on the Wednesday night I had an e-mail from Autumnwatch saying that Nick Baker thought my footage was brilliant! On the same day I also had one of my photos appear on BBC Autumnwatch Extra and I won a spotting scope from The Wildoutside worth £500!
A few days after all the excitement I was asked by Kate MacRae if I could go along to her patch to get some photos for the local newspaper as we’d both appeared on Autumnwatch. In the newspaper I featured on the front page and we had a massive article about us. We were also on the Mecury website as one of the main stories which was fantastic!
Later on in that month on the 18th of November it was exactly one year since I had started my wildlife blog and I had reached over 10,000 views which I was very pleased with.

Here’s a photograph of me with my spotting scope which I won. 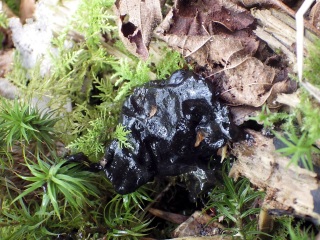 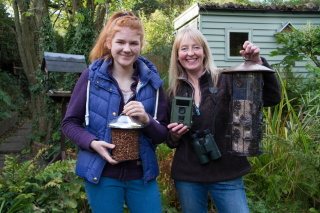 December was a month full of photographing fungi! I managed to get lots of photos at my local church yard and out walking. Here are some of my best photos. 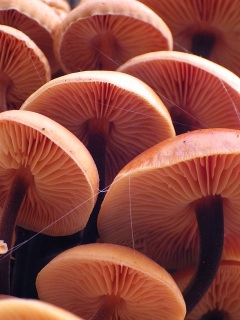 Thank you to all my viewers, followers and much more!