Last week, from Wednesday to Saturday, I spent four days at my Uncles who live in Eridge, near Tunbridge Wells. As you can see from my last blog post his garden was amazing and I managed to see plenty wildlife within it. On bit of kit I brought with me was my trail camera to see what I could record in the garden at night. To my surprise on the first night a vixen fox came along with her two cubs then they visited the night after and the night after that too! I was extremely pleased by this and each night I managed to record over an hours worth of footage! Here’s some of my footage from all three nights.

I wasn’t the only one excited to see what I had recorded on my trail camera in the mornings, my Uncle was looking forward to see what had been captured in his garden over night too. 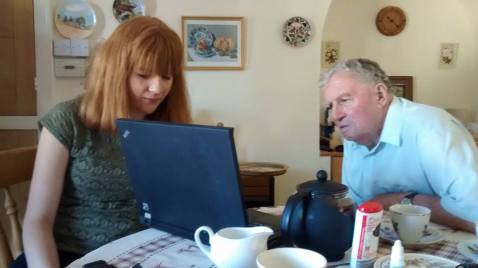