A few weeks back I was contacted by the zoologist, Dr Emily Joachim asking if I could help out and give a talk at a workshop that she’d be running at Bath Royal Literary and Scientific Institution. Emily is a zoologist that specialises in British Owls (see http://www.bbc.co.uk/blogs/legacy/natureuk/2011/05/-normal-0-false-false.shtml). The aim of the workshop she was running was to enthuse the children which attended and show how they could become a conservationist/zoologist now. As part of the workshop there was owl pellet dissections so they could learn how to clean, prepare and identify the skulls and there was skulls for them to identify with keys. Along with this I gave a short talk about how they can get out, monitor, record and explore the outdoors.

The building where the workshops took place was in the centre of Bath so I was up very early that morning as I had a 2 hour train journey ahead. The day went very well and I really enjoyed myself. I was really impressed by how knowledgeable the children were and how they could identify all of the species that I spoke about and showed photos of.  They also seemed very enthusiastic and interested in the activities they did which was fantastic to see.

Here are some photos from the day, kind permission of BRLSI 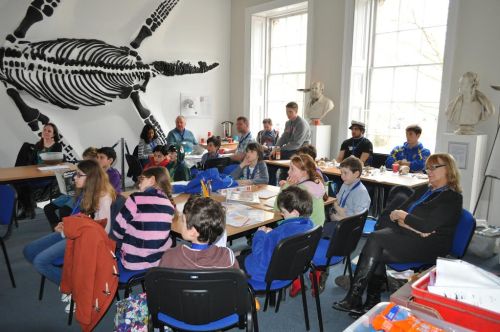 Drawing the skulls that they identified.

Myself helping with the pellet dissection 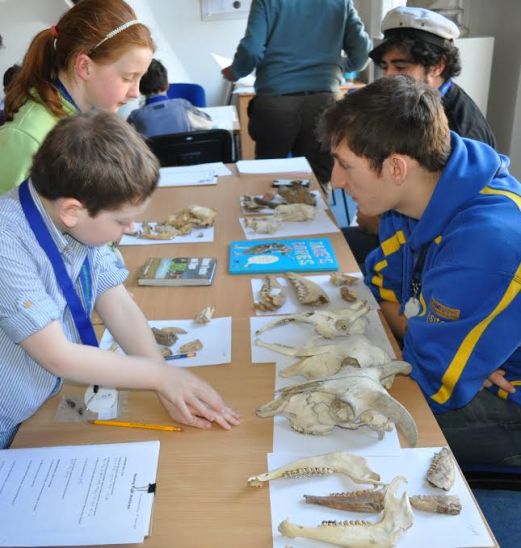 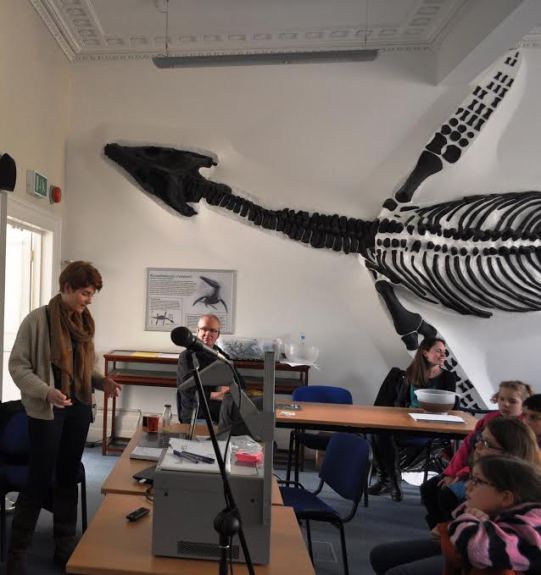 Myself giving a talk

4 thoughts on “‘Be a Zoologist’ workshop at BRLSI”