I was really keen to post regular blogs with updates about my walk along the way but, unfortunately, this obviously hasn’t happened. This has mainly been due to quite long days, so feeling too tired to begin writing, and wanting to explore the different places where I’ve been stopping each night. However, after yesterday’s early start, I found myself with some time to spare in the evening to write a blog. It’s been quite frustrated that I haven’t wrote a blog yet as I have so much to share and plenty of photos.

The first two days of my walk were spent in Lancashire. Starting in Preston, I crossed the border into the Yorkshire Dales on day three and then spent the night in Malham. My first few days were very exciting and I was mainly powered on adrenaline. I was particularly excited to walk in the Yorkshire Dales. It’s an area I’ve been wanting to explore by foot for a long time.

Much of the time that I spent in Lancashire included following the River Ribble and walking over farmland. There was some great scenery as the Yorkshire Dales came into view, along with (in the opposite direction) Pendle Hill. I was also not too far from the Forest of Bowland. In fact, parts of the path I followed took me through the Trough of Bowland, although this was mainly farmland. I have quite a few birding highlights from these few days. Some include watching Spotted Flycatchers with young along the Ribble, a Little Owl acting as they do (with lots of character and quite amusing) and swifts leaving ripples in the Ribble as they swooped for a drink.

The Yorkshire Dales in sight!

Once in the Dales, the landscape changed quite a bit. One of the first paths I followed was the Pennine Bridleway. This took me to Malham, where I stayed a night. My first impression of the Dales by foot was that although it was a lovely landscape, it was pretty bare. However, I enjoyed being accompanied by the typical wheatears, skylarks, meadow pipits and other upland species.

I started day four by claiming Malham Cove and over Malham Tarn. It was an incredible area and I was further treated to views of one of the local peregrine falcons. I also began to spot wader species breeding in these upland areas. For example, snipe, curlew and lapwings. Climbing Pen-y-ghent on Friday was quite an experience too! As was my first ‘pint of tea’ at the Pen-y-ghent cafe. 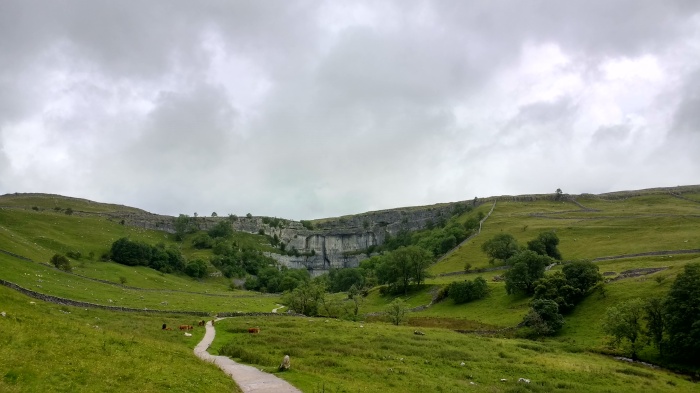 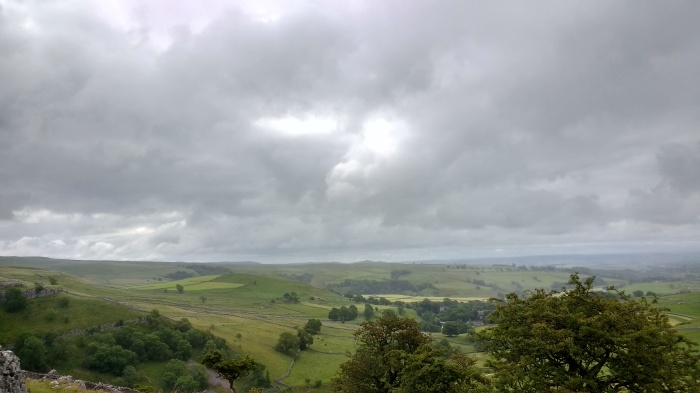 Looking over towards Pendle Hill

At the top of Pen-y-ghent

Now to get back down again!

Upto this point, the weather had been ‘OK’ but there was a period of foggy and wet weather on approaching Wensleydale. However, this only lasted a couple of hours as by the time I reached Wensleydale, the sun was shining through to the Dale below. Later onto day six, there was another change in landscape as I approached the Tan Hill Inn (one of my nights stay) as my surroundings turned from views of the Dales to more of moors. In fact, my first experience of the Pennines was slogging over a boggy moor (Bowes Moor), the morning after leaving the Tan Hill Inn. At this point, I was beginning to feel slightly rough as the blisters on my toes were growing and my shoulders became more uncomfortable due to the weight of my rucksack. Nevertheless, the occasional creeky door tones of golden plover kept me going as when I heard one call, I was suddenly alert and had forgotten all my sores! On this stretch, I saw a variety of waders along with red grouse. I’d never spent so much time on a grouse moor before, so the experience was interesting. I also reflected on the management of the area and how the grouse butts I walked past would be in working order in just a few weeks time. 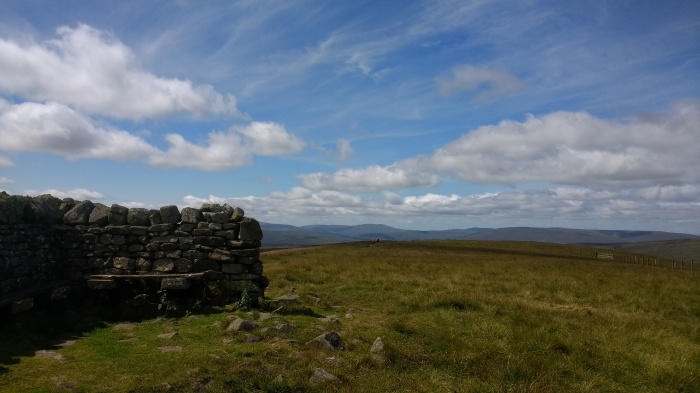 On top of Great Shunner Fell 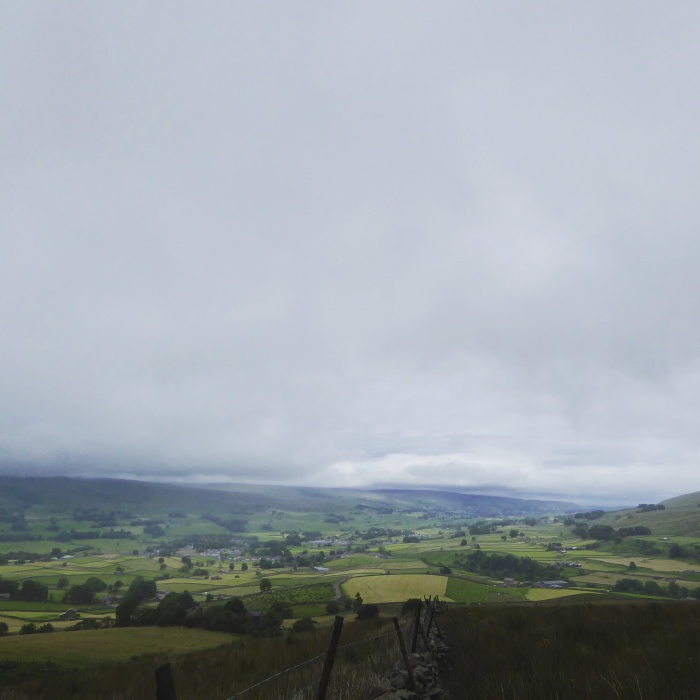 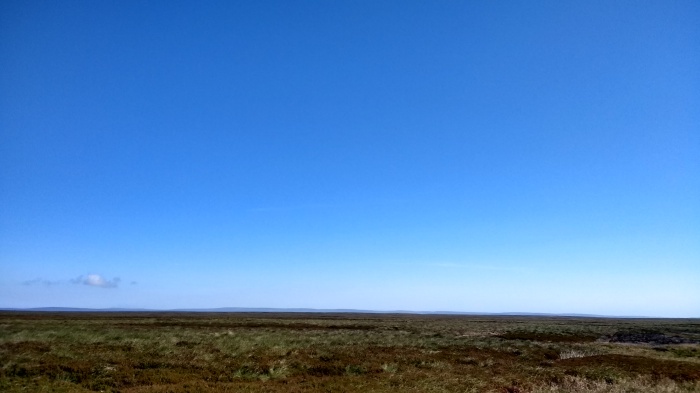 First experience of the Pennines, walking over a boggy moor.

So far, in my opinion, I haven’t enjoyed the Pennines as much as I enjoyed the Yorkshire Dales. However, after following the River Tees upto its source (dipper being the highlight) then over to High Cup Nick yesterday, I was left amazed by the sight of standing at the top of High Cup Nick. An incredible view! 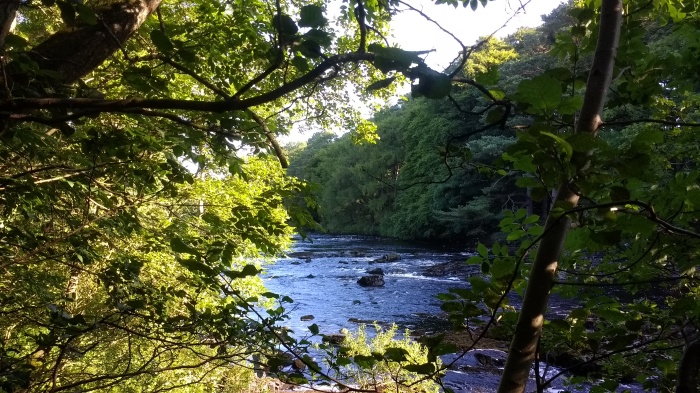 Along my way, I’ve been doing as much birding as possible, but at times, this is difficult due to the weight of my rucksack and the rush to reach my accommodation for that night in time. However, I’ve had plenty of highlights so far, and I still have another four days to go. Although, reflecting back, it’s been a fantastic experience, through the day whilst out walking, it can become quite difficult. But I’m adamant to finish and so pleased with how well my fundraising for the BTO has gone. At the moment, I’m very close to £2000 so an extra push is needed! I’ve seen quite a few swifts along the way (counting as I’ve gone along) and they are such a delight to see!

If you haven’t already, you can donate by clicking here.

Signs I like (I know I’m going the right way).

4 thoughts on “North West Way: Some thoughts so far”