Some very positive news was shared across social media yesterday evening. Bradford Council had voted not to renew the grouse shooting lease on Ilkley Moor. The press release on the Ban Bloodsports on Ilkley Moor website stated that an overwhelming majority of councillors voted against, with 61 out of 89 councillors doing so. Bradford Council consists mainly of the Labour Party, who all voted against, along with ten Liberal Democrats and 3 Green Party Councillors. Bradford Council is the last local authority in the UK to stop grouse shooting on public land. Before this was the Peak District National Park Authority.

Since its formation in May 2014, Ban Bloodsports on Ilkley Moor has lobbied the council. During a recent consultation on further management of Ilkley Moor, this was the largest submission to the local authority on any single topic. The group, consisting of passionate individuals who have campaigned against the management and effects of grouse shooting on the moor, range from all ages and backgrounds.  It was always amazing to hear updates about the work they were doing, which was published on their website and on social media. Yesterday’s success is brilliant and just shows the impact a grassroots group can have. It’s a wonderful example and a definite step in the right direction, hopefully an icebreaker for similar situations. 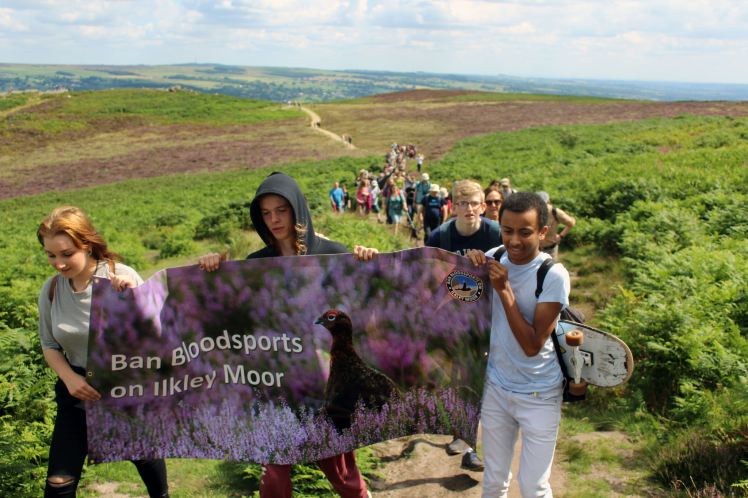 This is a clear example of how people power has been successful and something that should be celebrated. A similar example of the effects of people power, but on a larger scale, was last week when Theresa May made a U-turn on her manifesto promise for a vote to repeal the Hunting Act 2004.

During the General Election campaign last year, Theresa May made it publicly known that, although she’d never been fox hunting, she was in favour of it. And as part of her manifesto, she promised a vote to repeal the Hunting Act. Similar to the vote that David Cameron promised during his term that never actually materialised.

However, in an interview last week on the Andrew Marr show, the Prime Minister backed down on her promise. She stated that although her personal views on fox hunting had not changed, there was a ‘clear message’ from the public that a vote would not be popular. Therefore, she stated that a vote won’t take place before the next General Election in 2022. Recent polling clearly states that 85% of the public are against a repeal and during her General Election campaign, polls suggested that her promise of a vote played unpopular with voters. 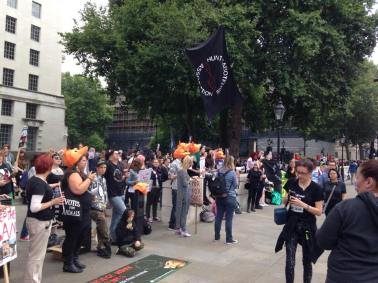 Campaigns against the repeal of the Hunting Act have always been very active and widespread. Those campaigning against the Conservative Party during the General Election on animal welfare issues made this fox hunting stance known to the public. The issue appears a lot in the media and there are various campaign groups that persistently pressure the government.

The Tories u-turn on this issue is another example of people power. They have u-turned on a key manifesto pledge that would have swayed some of their rural voters and those that campaigned for the party, for example the Countryside Alliance. However, is this really people power or just another attempt of the Conservatives to scrub up their reputation on animal rights. In the past, they know the pledge has lost them popularity and votes, so is this just another stunt to claw back voters?

Irregardless, if she keeps her promise then this is obviously good news. This links to my last blog with comments on the government’s 25 Year Environment Plan, which similarly seemed like another way for the Conservatives to improve their reputation on environmental issues. Although these actions are a step in the right direction, it isn’t enough for some species. If they really are interested in the welfare and cruelty of foxes, further steps would be to tackle the illegal hunting that still takes place under the cover of ‘trail hunting’.

2 thoughts on “The effects of people power at its best”