Yesterday afternoon I headed to the National Memorial Aboretum as it was the monthly meeting for the Widlife Watch group, of which I’m a leader of. I gave a talk to this group over a year ago now and since then I go along to the monthly session to help out. Yesterdays activity was pond dipping. Even though I’m one of the leaders I was still very excited about this as it’s great fun and I knew the kids would enjoy it too.

As well as the regulars that turn up for the session, today we were also joined by about 20 Scouts who were eager to have a go at pond dipping. None of them had done it before so they were very excited. As we walked down they were all sharing their wildlife stories and asking plenty of questions which was firing up their enthusiasm even more.

Once down at the pond, that has recently been created here especially for pond dipping, we filled the trays with water and they all got to work with the nets. Straight away they caught species like newts, tadpoles, diving beetles, pond skaters, dragonfly nymphs and many more. This was quite surprising as the pond here was only created last year but already it was beaming with life.

They were all really interested in what they caught, and so was I! It was really great to see these youngons doing what so many others should be doing, which is enjoying nature. They were all full of life afterwards and looking forward to the next time they could do it.

Here are a few photos that I took. 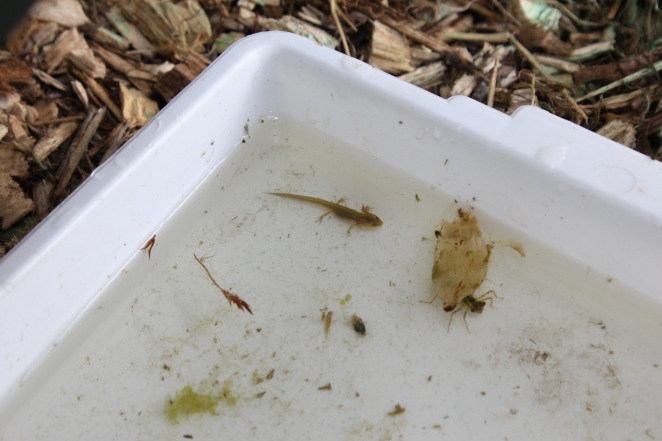 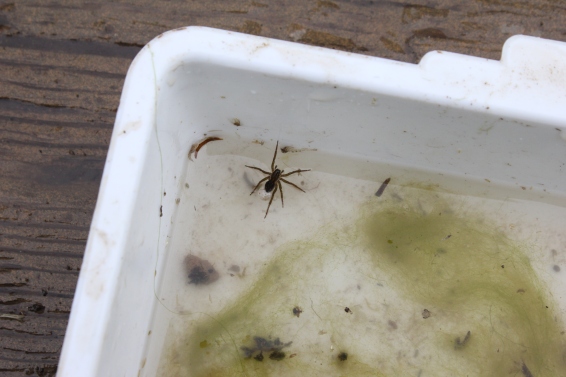