After the event I helped organise in Stafford that took place last weekend I thought I had better do a follow up post to thank those who came (and helped with organising), celebrate the support we got, and share how well it went. This is only going to be a pretty brief post though as I have a lot of sixth form work that needs finishing for the end of term next week…then the summer – wahey!

The idea of having a march opposing the badger cull and the risk of it spreading to Staffordshire was first brought to the groups attention (The Staffordshire Badger Conservation Group) at the beginning of the year. Unfortunately we had a bit of trouble sorting dates out but then the idea was put forward that the day would mark the end of National Badger Week 2016, which was a brilliant plan!

National Badger Week was a massive success. So well done to all those who helped organise events throughout the week. There was so much taking place around the country from very successful badger watches and coffee mornings to talks and lectures. Lots of money was raised to help The Badger Trust continue with the work they do along with the groups up and down the country, and (just as importantly) a lot of awareness was raised about the badger cull, persecution and to educate members of the public about the badger away from the politics.

There have been many, many marches taking place across the UK over the last few years in an attempt to stop the cull. These events along with the tireless work of individuals out in the field and campaigning hard is without a doubt having a massive impact. Although we haven’t won yet, I’m certain we will one day.

Here in Staffordshire the risk of a cull is unlikely at the moment but if the policy continues it could be dreams come true for those who are pushing for licences. However there are many other factors which are having a dreadful impact on badger welfare. Although badger baiting has been illegal since the 1830s, it still takes place in areas around the UK and we have had cases in Staffordshire too. Some this year in fact. Fortunately the group is extremely lucky to have good relationships with an exceptional wildlife crime force. I must add though; there are many horrific ways we’ve seen badgers being persecuted and killed throughout the UK which aren’t always badger baiting incidences.

I spoke about the protection of badgers in Staffordshire by the group (which has now been running for 30 years) when I stood up in central Stafford and spoke on Saturday afternoon. Not just talking to those who had come to the event but those passing by and coming to see what all the fuss was about. Making the reasons why, what and how we can all stand up for badgers and against the malicious hate some have against them heard. I also made similar points on one of the local radio stations, BBC Radio Stoke, that morning and I also spoke about why culling badgers is not the answer. I will not go into detail about this now as I have in the past, I will in future posts and I really need to get some school work done! However I did get a bit criticised for not mentioning more about the science in my talk. The reason for this was having my talk preceded by Mark Jones and Dominic Dyer who went into a lot of detail about the science and therefore I didn’t feel the need to repeat this again at that time.

Anyhow, you can listen to the radio interview below. It was also brilliant to have others speak in Stafford on Saturday including Dominic Dyer and Peter Martin from The Badger Trust, Mark Jones from Born Free Foundation and Jordi Casamitjana from IFAW (International Fund for Animal Welfare). Each spoke passionately, precisely and with rich knowledge about a range of topics from the politics of badgers and work of The Badger Trust to the science behind badgers and BTb and also the history of this species that has lived among our landscape for over a quarter of a million years.

Being me I couldn’t miss a chance to speak out about young people and the future of wildlife and its protection. I was thrilled to be able to do this after being asked to sit on the panel of the previous evenings debate. The conversation of the evening was much more focused on the politics of the badger and also the impact of the recent EU Referendum result. Dominic and Peter both spoke about The Badger Trust’s response, of which has been published this week. This included that after many funds have been cut from leaving the EU, DEFRA (Department for Environment, Food and Rural Affairs) should reconsider the extortionate costs of badger culling. You can read this in full by clicking here.

The support at the festival over the weekend was incredible but not surprising.

You can listen to the radio interview here by forwarding to the 1.07 mark – http://www.bbc.co.uk/programmes/p03yhbk6

You can also listen to the talks from the Saturday here.

Over the next few weeks and months I have some really interesting blog posts lined up as I have some exciting projects planned! Also, not forgetting posts in the run up to the cull this year and Hen Harrier Day at the beginning of August.

So its been a week since Brexit happened yet everyday it continues to send shock waves through the country. I never actually thought things like this happened, complete uproar! Nevertheless as I spoke about in my latest blog (about the results) it’s about battling on now and trying to create something positive. There are many things that we can’t let the vote results get in the way of; from hen harriers, and the upcoming Hen Harrier Day, and wildlife crime (just a few days ago I read an article about an illegal snare set up by a primary school) to badgers with what is very likely to be another season of badger culling later in the year.

At the moment we’re not quite sure how far the badger cull will span further across the UK this year but it’s very likely that new areas will be sucked in and the dreadful killing of badgers will happen. Just north of me in Cheshire an expression of interest in the badger culling licence has been submitted. Cheshire was one of six new counties to apply for badger culling licenses this year. Areas of my home county are also vulnerable and the same could happen within the next few years, if the policy continues. Some of these areas include Eccleshall which is just five miles west of the county town of Stafford where this weekend events will be taking place to shout above those who want to bring a cull to Staffordshire or culling in any area in the UK, and celebrate the badger for the animal it is without being entwined with politics, farming or cruelty.

And so they should be! Badgers have lived in the UK for over a quarter of a million years and therefore undoubtedly a part of our heritage. They may be our largest carnivore but they’re very secretive and whenever I watch them it feels magical! On my patch the local badgers sett is situated in a small(ish) undisturbed clump of old oak trees. Real badger land.

All this week National Badger Week has been running which is a week long celebration of the badger. Events have been running up and down the country with the aim of inspiring more people to realise how wonderful they are, why they so greatly deserve to be a part of our landscape and most of all, why we should be protecting them. I felt really privileged to mark the beginning of this years celebration in Lush, Oxford Street last Saturday, and have the finale organised by my badger group, The Staffordshire Badger Conservation Group, this weekend in Stafford.

Tomorrow evening (Friday 1st) we have an event at Oddfellows Hall in Stafford town centre starting at 7pm. The evening will begin with a talk from wildlife photographer Craig Jones who gave a passionate and emotionally beautiful presentation at the Birders Against Wildlife Crime conference earlier this year. There will then be a town hall debate called ‘The Big Badger Debate’ where lots will be discussed from badger protection, persecution and the impact of housing developments to their ecology and importance within the British countryside. It should be very lively with a panel including Dominic Dyer, CEO The Badger Trust, Peter Martin, chair The Badger Trust, Mark Jones, vet from Born Free Foundation, Jordi Casamitjane, International Fund for Animal Welfare (IFAW), and myself. We are hoping to have a good audience with a mixture of opinions.

On the Saturday (2nd July) it’s going to be a very full day with a variety of entertainment for children, as well as adults, and a peaceful protest around Stafford town centre. Before the march at 12 noon there will be talks from Dominic Dyer (The Badger Trust), Peter Martin (The Badger Trust), and myself. We will then start at around 1pm from the Market Square and be on our way around the town centre projecting and creating a clear message against the unscientific, unethical and cruel cull. Once we arrive back there will also be talks from Mark Jones (Born Free Foundation) and Jordi Casamitjane (IFAW)

I’m sure it’s going to be a very inspiring and empowering day as we gear up for the high possibility of more culling this year and of course celebrate the importance and greatness of having badgers as part of our natural heritage.

It would be wonderful to see some of you there and have your support. 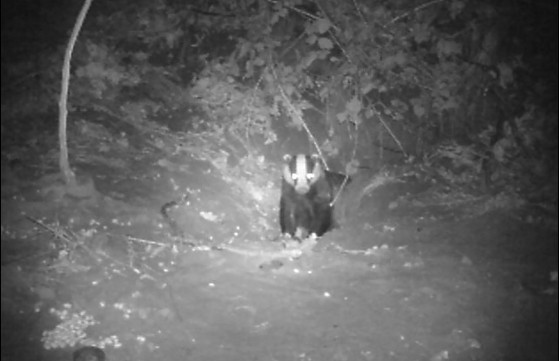